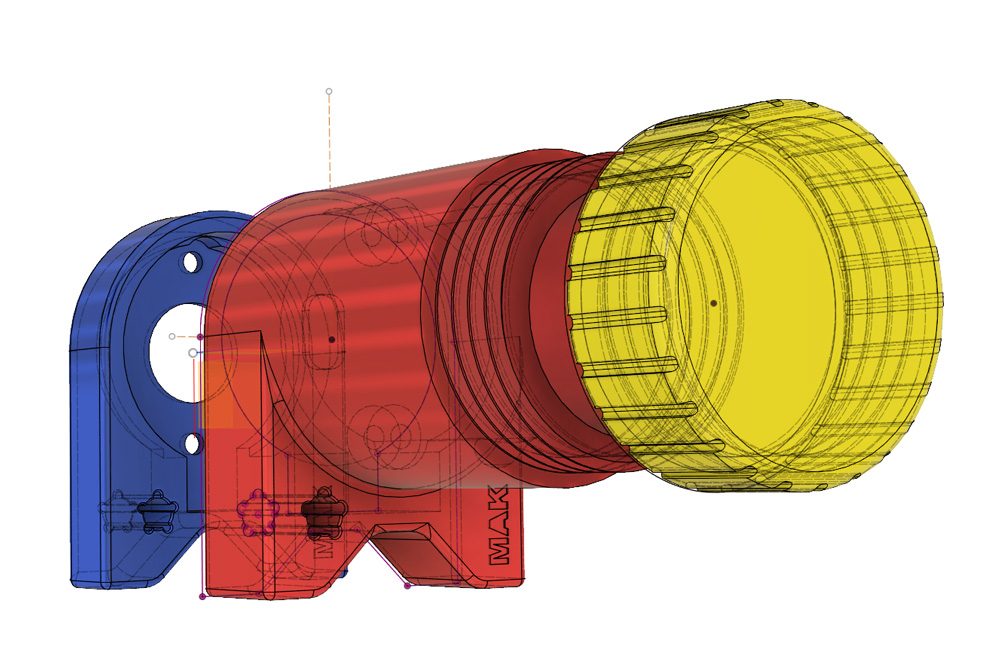 Unfortunately plastic holder parts provided with the Dynatron are very basic and do not allow to mount the battery in compact, convenient way. That’s why I created my own holder, able to hold both battery and heli extension wand. 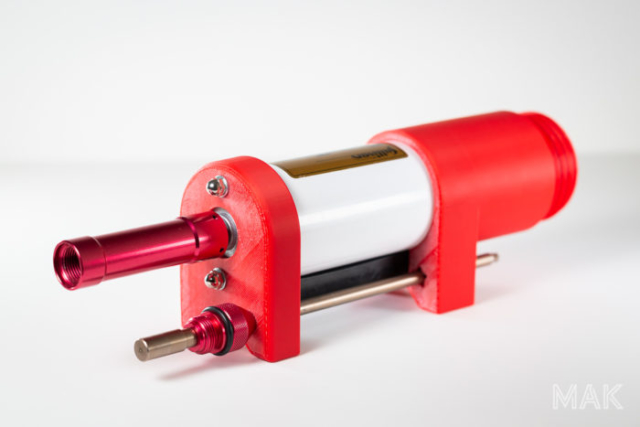 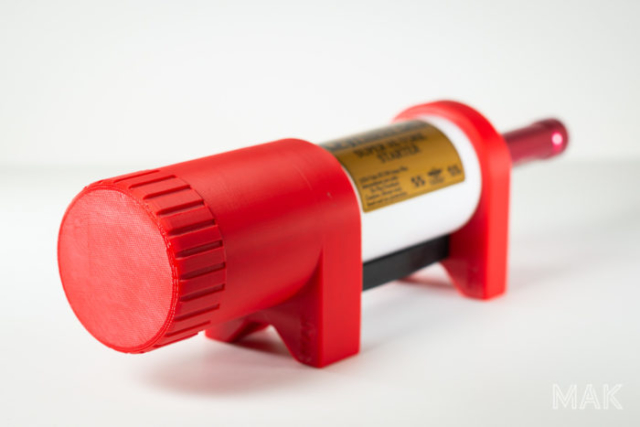 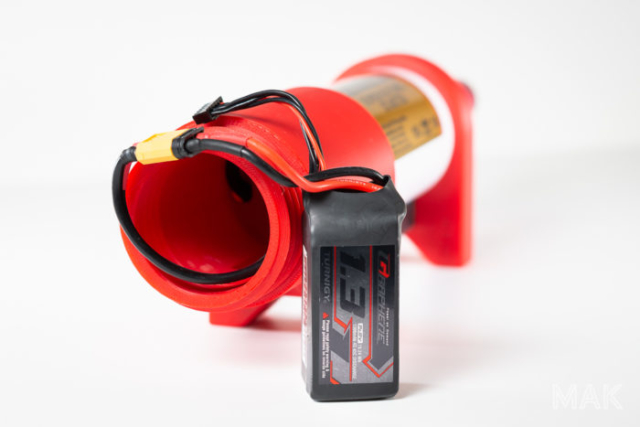 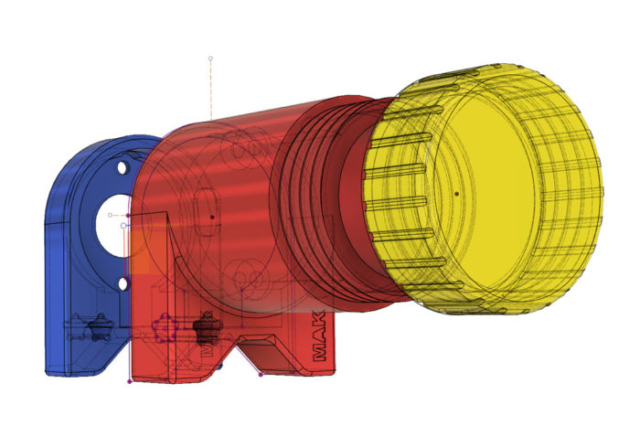 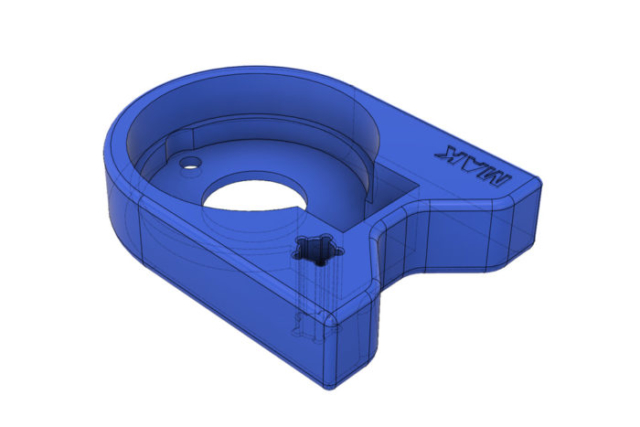 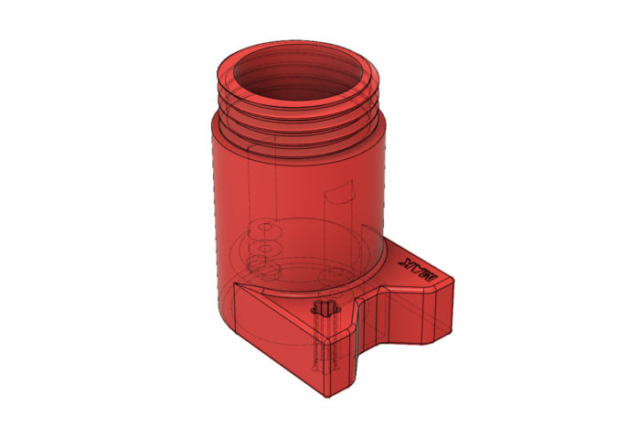 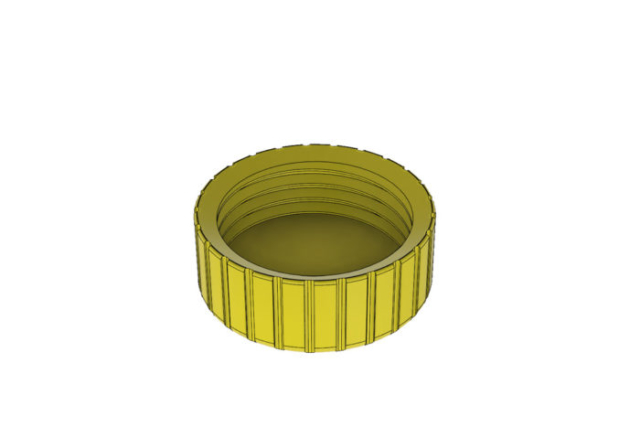 The holder is designed specifically for Sullivan Dynatron S603 starter and Sullivan S613 Helicopter Extension Wand, but any 8mm starter wands should fit.

LiPo 3S or 4S 1300-1400mAh battery with dimensions similar to 75x35x35mm and XT60 connector (or any other connector that will go through the hole) will fit into the holder well. The Dynatron must be modified by soldering corresponding battery connector. I use 4S 1300mAh, charged to storage voltage level (3.85V) to keep battery healthy and which still gives me dozens of powerful start-ups before the battery needs to be recharged (I try not to go lower that 3.4V per cell).

How to make it?

To make your own holder just download STL files and print them using your own 3D printer or order printouts via one of commercial 3D printing services.

The holder contains three 3D printable parts: FRONT (blue), BACK (red) and LID (yellow on the above visualization pictures). For my own holder I printed the parts using ABS for extra durability, but PLA or similar filaments should work as well. The BACK will require supports when 3D printing, as there is horizontal platform hanging in the air. The threads may also need supports when printing, but here it depends on your slicer software, filament and a printer itself.

The BACK and the LID should be 3D printed with high infill ratio, to make sure that the threads are strong enough. The battery compartment of the BACK can be also strengthen from inside with fiber glass, to make the thread even stronger and resistant to stretching forces when the lid is tighten up (do not over-tighten).

Before use it is probably good idea to spray some silicon lubricant on the thread, to avoid parts sticking together. Also clean up the threads from any 3D printing left-overs and try them carefully when fitting for the first time.

Diameter of the holes which holds the wand is 8.2 mm. Depending on accuracy of your printer it may be a bit too loose to keep the wand from falling out from the holder. In that case just put a drop of hot glue in the middle of both holes. I will wear in and create enough friction to hold the wand in place, in the same time allowing it to be easily removed.

Free for non-commercial usage, available for download on Printables.

The design of the MAK Dynatron Heli Holder was inspired by the battery holder created by Rodney Kirstine and published on Thingiverse under a Creative Commons – Attribution license (not available there any more).

This work is licensed under a Creative Commons Attribution-NonCommercial-ShareAlike 4.0 International License.

If you like what I do please buy me a coffee. Thanks!